This obituary clipping was among the ephemera that I scanned while I was back home in Idaho last November.  I don't know which newspaper it came from, but it was a Utah paper.

George was my great-uncle. 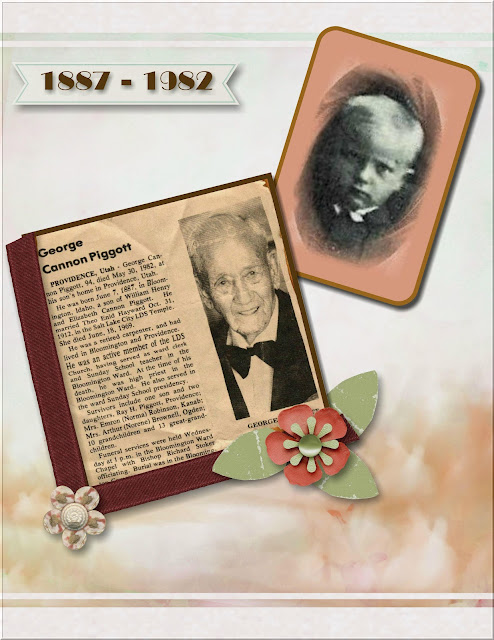 Funeral services were held Wednesday at 1 p.m. in the Bloominngton Ward Chapel with Bishop Richard Stoker officiating. Burial was in the Bloomington Cemetery.