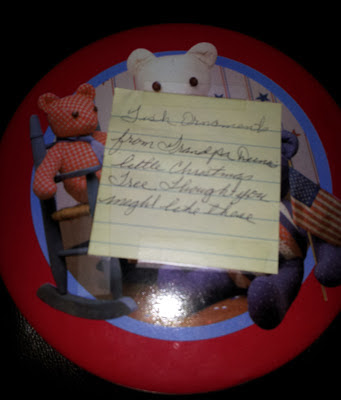 One Christmas, I don't remember which, mom sent me this tin full of Christmas ornaments that belonged to (step) grandpa Dunn. After grandma died he hung them on his little Christmas tree.  The note on the tin reads:


If you haven't guessed, me and the hubs love to fish. 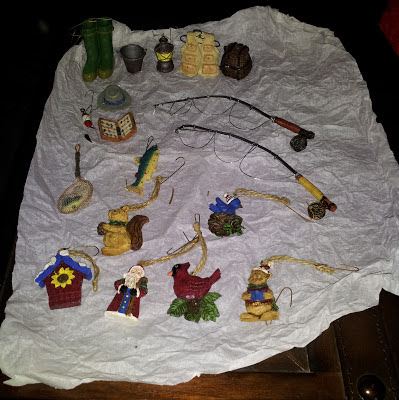 The first year I got them I hung them all on the tree. Now I only hang a few of them because they seem to get lost in my big tree. 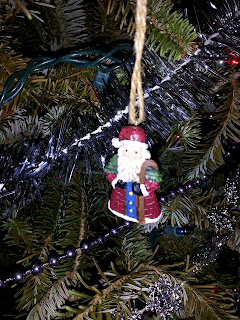 When If the time comes that I am forced to settle for a little tree sitting on a table then I will definitely use them all. 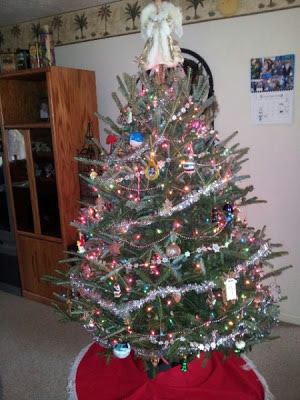 Leslie Ann
Posted by Leslie Ann at 3:30 PM No comments: 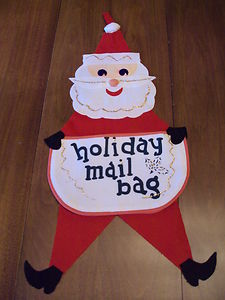 When I was younger mom had a felt Santa Clause just like this one that hung on the wall holding the Christmas cards that we received. I would really like to get a hold of one to hang in my house.

After Santa became a little less for ware we would hang the cards on a piece of yarn that we strung along both sides of the hall way.

Grandma Smedley used to scotch tape hers on the doors that faced the front room.  When the doors were full she would tape them along the opening between the kitchen and front room.

When I get enough cards I tack a piece of yarn along a wall somewhere and hang them there.

I am fortunate enough to have a few Christmas cards that were sent to my great-grandparents. One of them was from mom, dad & I in 1964. 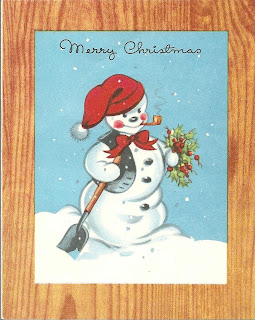 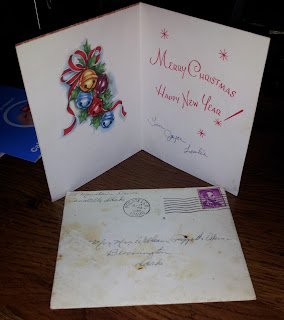 I still enjoy sending and receiving Christmas cards. And yes, I save every one!


Leslie Ann
Posted by Leslie Ann at 9:54 PM No comments: