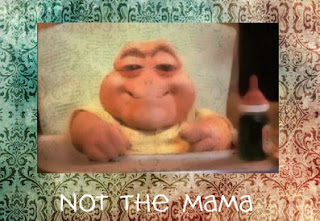 One of my biggest pet peeves in genealogy is seeing fathers, wives, and children attached to someone else's family tree.

It is this researcher's opinion that when there is no concrete proof, or even a hint of probability the questionable family member should be left off of the tree.  However, be sure to make research notes about the individual.

A point I have been trying to prove for a while now is that George Allen  the immigrant ancestor who arrived in Massachusetts Bay Colony with the Rev Joseph Hull Company on 6 May 1635 from England was not married to Katherine Starks/Slarks/Starke. The George Allen that married Katherine Starke was the son of Richard Allen, Moneyer of the Tower of London.

Other pages that have discussed this issue:


This George has not only been given the wrong wife by some, but has been given at least 3 different fathers. It's like someone many years ago grabbed a hold of the first George Allen they found who was married to a Katherine and said, "this is him." Just to give you an idea of how common the name George Allen is there are at least 2,516 people with that name in the U.S.

The only way to get the word out that the Massachusetts couple has been confused with the London couple is to do research on the family of Richard Allen, Moneyer of the Tower of London.

The following is an extraction of his will:

I have transcribed the will of his son Henry which was written in April of 1640.  He mentions his brother George, sister Susan Willmott, sister Joane Usher, cousin Joseph Usher (should be nephew), brother John, and wife Susan.

Thanks to The Records of London's Livery Companies Online I was able to locate the apprentice and freeman records of George and Henry.


The age of apprenticeship was usually 14-21. So this would give George Allen, clothworker a birth date of about 1598, which would make him about 26 when  he married Katherine Slarks. Since George Allen the clothworker from Queenhithe, London was busy still being a clothworker in 1658, he could not have been the George Allen who traveled to America with Rev John Hull since he died in the year 1648.

I am putting together a database of the Queenhithe Allens that I have been able to find so far and will post it when I am done.

UPDATE: I have posted the Queenhithe Allens database at my other blog Extra! Extra!

Leslie Ann
Posted by Leslie Ann at 11:33 PM 6 comments: Links to this post


I had a pleasant surprise in my email today.  Someone has fulfilled my photo request on Find A Grave for one of my great-aunts and her husband.  They are such awesome looking headstones that I just had to share them. The photos were taken by Susan Barbara just yesterday. 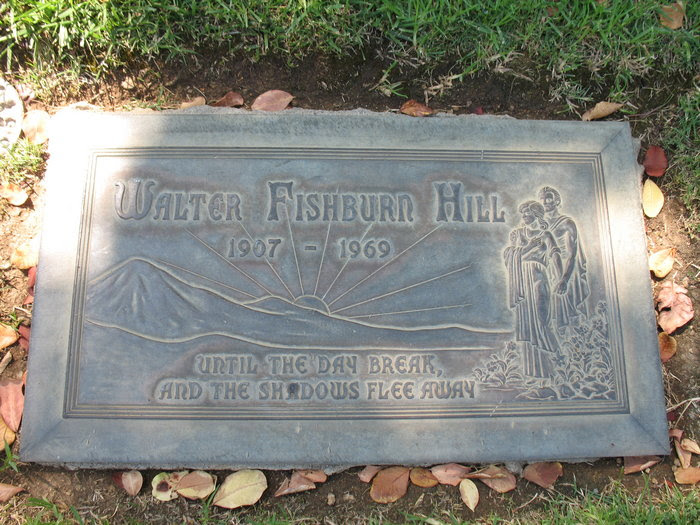 Gertrude Smedley was the sister of my grandfather Calvin Smedley.  Unfortunately I never got to know them.  They lived in California and they never seemed to be in Bear Lake at any time that I was there.


Leslie Ann
Posted by Leslie Ann at 5:51 PM 3 comments: Links to this post 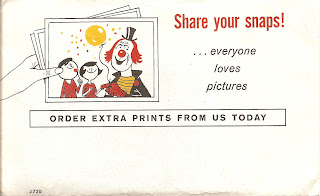 Among the ephemera that mom let me bring home last November was this envelope full of old negatives.

It was my intention to get them developed at Walmart or CVS or somewhere like that.  I inquired about it once, but it didn't sound like the whole process was in my budget. 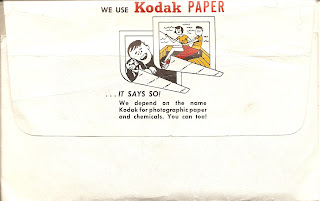 Last week I finally had an opportunity to update my 1999 photo software to Photoshop CS5.  Last night I said to myself, "Self.  I bet you can scan those negatives and make some sense out of them with this new software!"

Well, I gave it a shot.  They aren't the best quality. Maybe after I learn my way around Photoshop I can clean them up some more.

Most of the shots I have seen before, but there were a couple that surprised me.


I am totally baffled by this next one.  I left it as a negative because it is so light and  you can't make it out other wise. 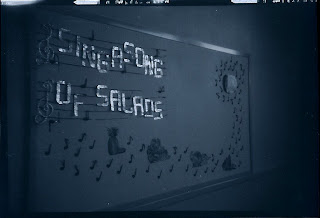 Does the phrase "Sing a song of salads" sound familiar to anyone? I did a little search and discovered that there was a recipe book by this title.

Now I want to try and make some stills out of the old home movies.  Wish me luck.


Leslie Ann
Posted by Leslie Ann at 11:58 PM 2 comments: Links to this post 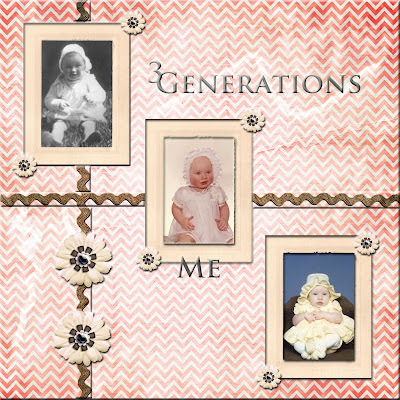 Leslie Ann
Posted by Leslie Ann at 6:59 PM 2 comments: Links to this post


Leslie Ann
Posted by Leslie Ann at 12:07 PM No comments: Links to this post