Posted by Leslie Ann at 7:46 AM No comments: Links to this post 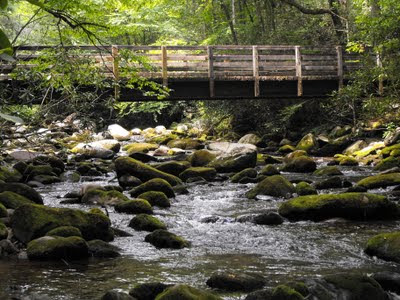 Posted by Leslie Ann at 6:34 AM No comments: Links to this post

Last week hubby and I went on vacation.  First one together since 2003.  We visited friends, spent the day in Gatlinburg, Tennessee and drove through the Smokey Mountains. It was wonderful!


I totally expected that the next time I turned my computer on I would have to clean up my inbox.  But never in my wildest dreams did I expect Geni to yank the rug out from under me and knock me on my ass butt!


When I logged on to Geni and noticed all the hub bub I thought I had better check it out myself.  I discovered Geni's announcement Geni Pro just got a whole lot better. (who are they kidding?)


I also discovered that I can no longer add to my pedigree, I can't merge profiles, I can't search to see if one of my ancestors is already there.  The only way to request a merge now is to ask a Pro or curator. Let's just pile up more stuff for them to do, huh?


Sure I can do that stuff if I become a Pro. Wait, you want me to pay $59.40 to continue my pedigree, to be able to search and merge, while I am trying to fit about that much in my budget to order documents to back up my genealogy research?


I loved the whole idea of Geni. I like being a part of the big tree and seeing how I connect to the rest of the world. I love the project aspect of it as well. I even started one: Lord Mayors of London.


You may have read (or not) an earlier post Madness Monday - I am a Geni Addict! Well, I am starting to feel Geni withdrawal symptoms already. Don't get me wrong, I wont be leaving you Geni, but I will certainly not make you my dealer (not at this point).


Online family trees are an important TOOL. They are not 100% factual or documented, and in my opinion should always be free.  Sure, Pro  members should have cool benefits that free users don't. But to take away features from free users that they have used in the beginning is just plain wrong.  I can see restricting new members, but not current members.

Posted by Leslie Ann at 6:15 PM 2 comments: Links to this post

Email ThisBlogThis!Share to TwitterShare to FacebookShare to Pinterest
Labels: Geni

Wordless Wednesday - A Couple of Pioneers

Posted by Leslie Ann at 8:06 AM 2 comments: Links to this post

Today I decided that I would share the will that I just finished transcribing for Amanuensis Monday.

The reason I ordered this will is to help prove and document that my 10th great-grandfather George Allen, immigrant ancestor who arrived in Massachusetts Bay Colony on 6 May 1635 from England, was not the same George Allen who married Katherine Starkes (Slarkes) November 5, 1624, at All Hallows Church in London.

There are many genealogies and postings that claim the following marriage license is that of our George:


This George is the brother mentioned in the following will of Henry Allen, clothworker of St. Michael Parish, Queenhithe, London, England which was probated June of 1640.

Will of Henrici Allen

There will be more about the Allens in another post.  If you are researching the Allens, Willmotts, or Ushers of Queenhithe, please contact me. Thanks.

Posted by Leslie Ann at 5:59 PM No comments: Links to this post