Leslie Ann
Posted by Leslie Ann at 10:34 AM No comments: 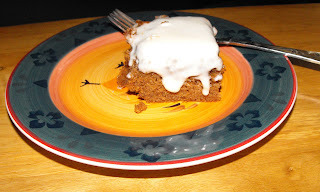 Yesterday was hubby's big 50.  I made his favorite meal. Let me rephrase that, his favorite meal that I cook. My famous lasagna (okay, I had some help from Prego).  I'm not a big fan of cooking. I like baking sometimes. I never even took home-ec in school, (hubby did). 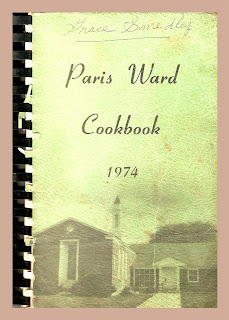 We couldn't have a birthday without cake, so I made him a cake as well.  Three years ago I posted about grandma's cookbook.  There is a recipe in there that I wanted to try and yesterday I finally did. 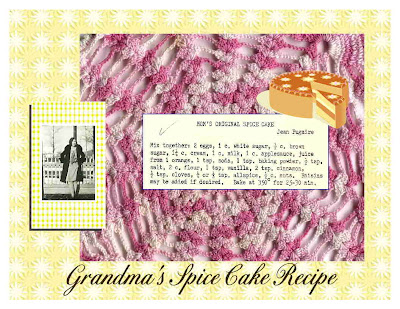 The night before I made the cake I called aunt Jean on the phone.  It's a good thing I did because she told me that there were a couple of mistakes in that typewritten recipe! I always assumed this was a recipe from when her and mom were kids, but she told me the real story behind the recipe.

It turns out grandma concocted this recipe for uncle Mike (aunt Jean's hubby).  He loves spice cake and she tried a few different things until he gave the thumbs up.

I am here to tell you that the cake turned out AWESOME! Talk about moist! I will never buy another cake!  And just so you can try it yourself (I know you want to) I will share the correct recipe. 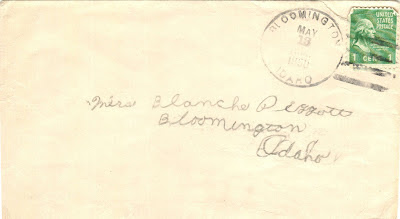 This is another treasure that I scanned with my magic wand while I was back home last November.  It's a letter written to my grandmother from my mother when she was 7 years old. The envelope is postmarked May 13, 1950. Since Mother's Day was May 14th that year I am guessing that this letter was part of a school project and all the mother's got a Mother's Day letter in the mail. 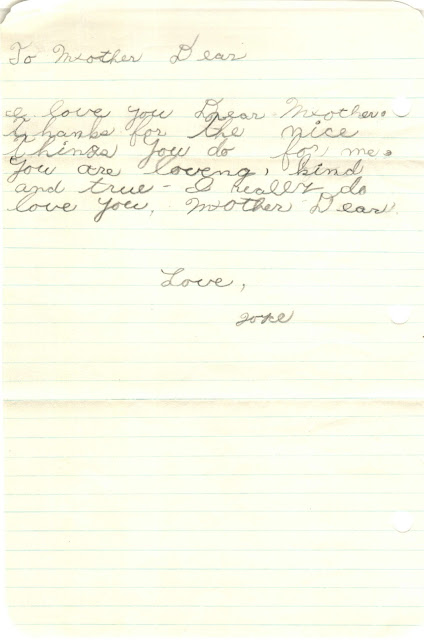 To Mother Dear
I love you Dear Mother.
Thanks for the nice
things you do for me.
You are loveng, kind
and true - I really do
love you, Mother Dear.
Love,
Joyce

Leslie Ann
Posted by Leslie Ann at 11:58 AM No comments: 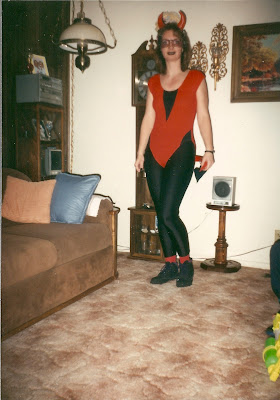 Leslie Ann
Posted by Leslie Ann at 1:01 PM No comments: 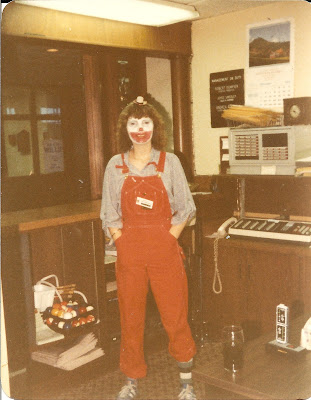 Leslie Ann
Posted by Leslie Ann at 9:37 AM No comments: 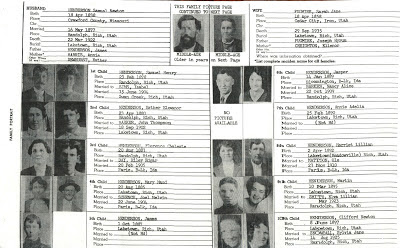 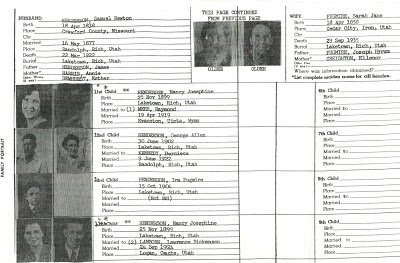 Family History Through the Alphabet Challenge ~ U 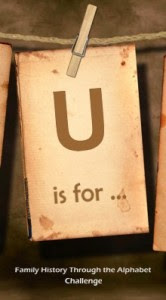 I made an earlier post for Pioneer Day paying tribute to my Utah Pioneers.

The Bear Lake Valley is half in Utah and half in Idaho. For Native Americans, Bear Lake Valley was prime hunting ground. Bear Lake was the site of two fur trader-trapper Rendezvous held during the summers of 1826 and 1827. Such notables as Jedediah Smith and Jim Bridger were in attendance.

The following websites are very helpful for Utah research.

Check out the other posts about the letter U.