Leslie Ann
Posted by Leslie Ann at 11:11 AM No comments:

Since we as genealogists look forward to the mail quite often, excited to receive packages and correspondence, I felt that I should bring this to your attention just in case you aren't aware of it.

I received an email that looked just like the image above. (Apparently I received two of them because the one above is from an email account that I don't use.) If you get one of these DO NOT CLINK ON THE LINK that says "Print a shipping Label NOW" like I foolishly did. (Only because I was actually expecting a package!)

When I clicked on that link, it downloaded a zip file to my computer which released a couple of different viruses. I got rid of those alright with Malwarebytes, but when I got a mailer daemon notice refusing to send an email that I supposedly sent I started to freak out.

Apparently my email address was used to send someone else a "Funeral Announcement" Malware. This morning my email address seemed to disappear. I discovered that it was suspended because of this whole mess!

Everything is good to go now. I certainly hope it stays that way.

Posted by Leslie Ann at 6:05 PM No comments:

Those Places Thursday ~ My Childhood Home 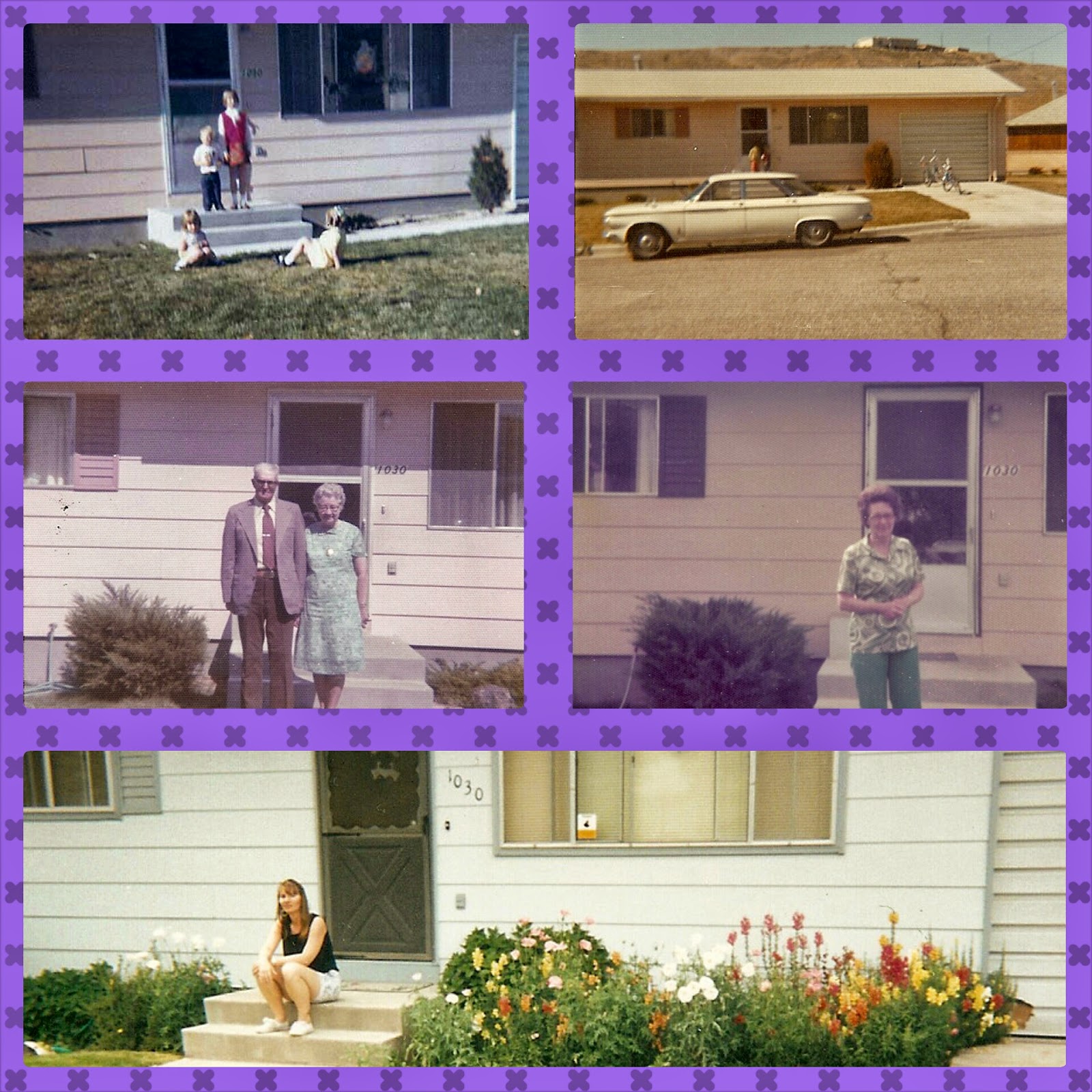 Last month I went back home to Pocatello for a couple of weeks. The main reason was because mom sold the house. Times are tough and she just couldn't afford it any longer. I had a bunch off stuff in the basement I needed to go through and get out of there, not to mention helping her get moved out. We moved her in with my brother.

I was in the second grade when we moved into that house. The photo collage above depicts a few of the shots I have of the front of the house.

Left to right:
I wont lie. This was a pretty emotional event, boxing up memories and deciding what to put in the yard sale and what to keep and saying goodbye to the house that built us. What didn't sale went to Goodwill and some stuff went straight to the dump. I was able to ship some of my stuff home and the rest is sitting in my son's basement. I will get it here eventually.

Our house was the neighborhood house, the place to play hide and seek, kick the can, and other outside games. There were many sleep overs out in the back yard. I miss being able to just sleep outside under the stars.

So I guess this is the next stage of my life. When I am able to go back to Idaho, I will no longer be staying with my mom in the house I grew up in, but now I will be the grandma who comes to visit.