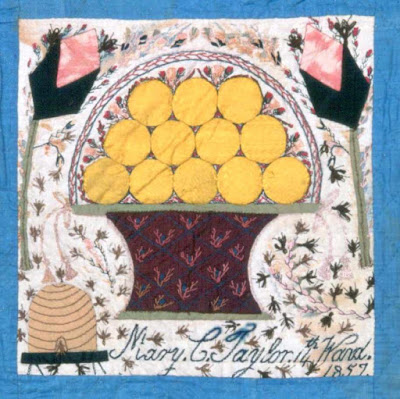 A couple of days ago I received a copy of the book The Salt Lake City 14th Ward Album Quilt, 1857. I have wanted this for a long time.

There's an interesting story leading up to the publishing of this book. Carol Holindrake Nielson the author tells how her husband inherited half of a quilt.  I know right. Half of a quilt.

At the age of twelve Richard Stephen Horne won the beautiful quilt that was hand stitched by the Relief Society women of Salt Lake City's 14th ward. The year was 1857. He held on to that quilt until his first wife died in 1896. That's when he cut the quilt right down the middle. One half for his oldest daughter, and the other half for his second oldest daughter. And to quote Carol's words and my own sentiments "Only a man could do that!" 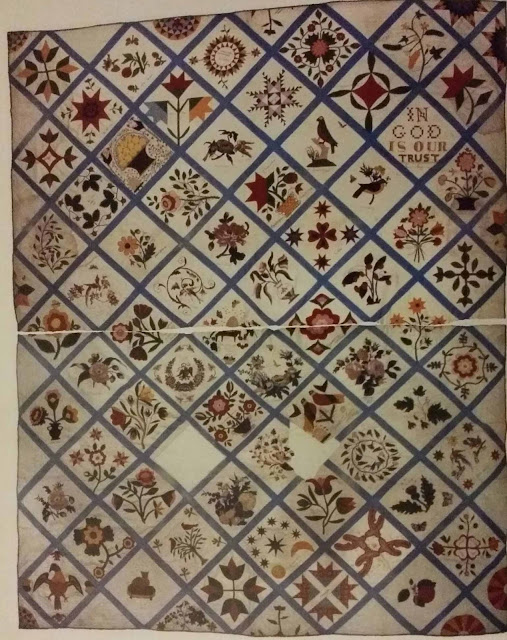 130 years later the quilt halves were reunited thanks to a little research from Carol. Not only a reunion of an heirloom, but a meeting of distant cousins. How cool is that!

I am so grateful that the author felt that this treasure should be shared with the posterity of these crafty pioneer women. She researched and learned about the women of the 14th ward Relief Society and voila...a book.

I have three connections to this quilt. The block above was embroidered by my 3rd great-grandmother Mary Edwards White Cannon Taylor.

The block below was done by her daughter and my 2nd great-grandmother Elizabeth Edwards Cannon Piggott. She was 12 years old at the time. 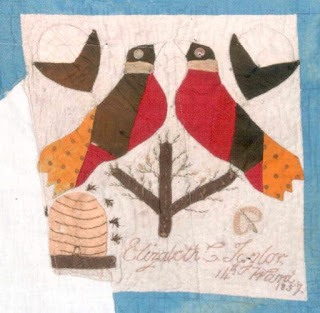 Unfortunately a piece of hers is missing. However, thankfully her signature is intact. She used her step-father's last name of Taylor.

The other connection is a block done by Leonora Cannon Taylor. She was the aunt of Elizabeth Cannon and the sister of my 3rd great-grandfather. 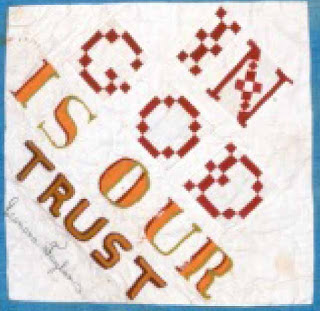 I may not be able to pass down a quilt, but I can pass down this book with a snippet of the beautiful needlework of my ancestors. Thank you Carol Holindrake Nielson! 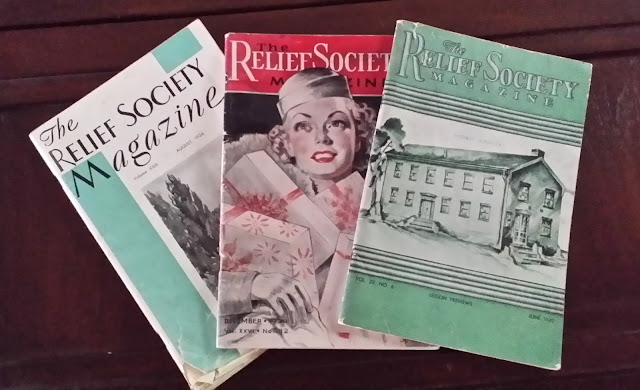 When I was back home last September helping mom go through stuff and pack to move out I discovered these old goodies that she didn't want.

Of course I wasn't going to let her put them in the yard sale! I volunteered to take them off her hands for the following reasons (not in any particular order):


Actually only two of them have her name on them. The other one has the name "Mrs Ethelyn Bee" stamped on it. I had never heard that name before, but I discovered that she is grandma Hazel's first cousin once removed. I found some photos and newspaper articles on her FamilySearch profile. Poor woman died in an automobile accident.

The Relief Society Magazine is an excellent genealogy and family history resource. Many issues are filled with photographs, true pioneer stories, and other events your ancestor may have been involved with.

For example, there is a section called "Notes From the Field" and this particular photo is in the June 1942 issue: 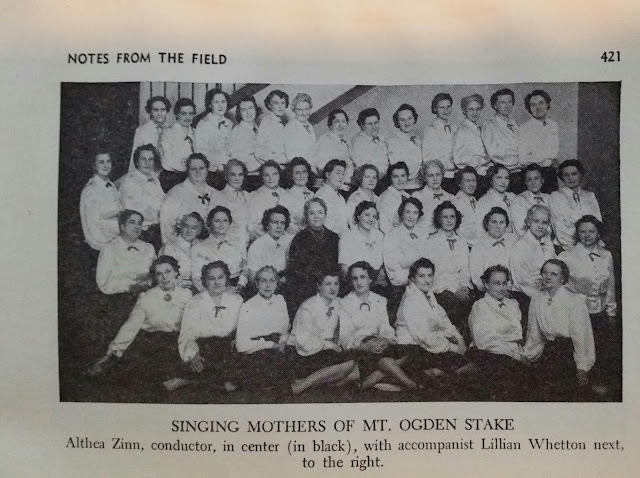 I have been busy scanning old issues and with my addiction to Geni, you know I had to create a project.
Join the world's largest family tree

There were also two other LDS journals. One of them belonging to grandpa Bill. This one is called the Improvement Era. You can also read some of these online. 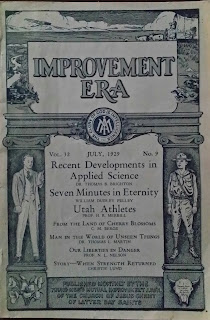 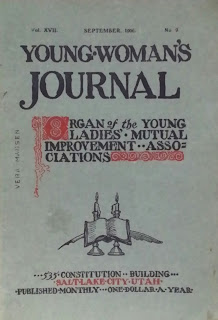 The other one is called Young•Woman's Journal and it belonged to Vera Madsen who is a cousin of grandma Hazel. There are a few issues of these at Hathi Trust Digital Library.

I'm sure that these magazines were among the ephemera that grandma Hazel kept. And I'm quite sure that's where my obsession for ephemera gene came from.