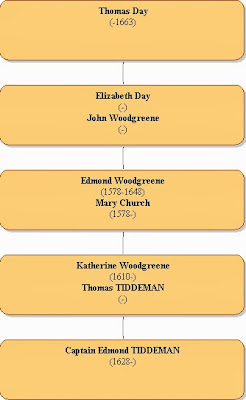 While trying to expand my Tiddeman ancestor tree I stumbled onto a very interesting woman.

Mary Carleton was tried and executed for returning from penal transportation in January of 1673. Her criminal activities began about ten years earlier when she was tried in Maidstone for bigamy in 1660.

She was born Mary Moders, daughter of a Canterbury musician. Her first husband was Thomas Stedman, a Canterbury shoemaker. Apparently she grew tired of being a shoemaker's wife and went to Dover where she married Thomas Day, surgeon.

Apparently she convinced the court that she had received word of Stedman's death, Mary pleaded not guilty to the charge of bigamy. She was released with a reprimand: the court merely ordered her either to produce proof of Stedman's death or to stop living with Day.

She was tried for bigamy again in 1663 when she married John Carleton while still married to Thomas Stedman. Apparently she married a few men and relieved them of their riches and went on her merry way.

The husband I am most interested in is Thomas Day.  He is either my 12th great-grandfather or his son. They were both surgeons of Dover. According to Thomas the elder's will proved in 1663, he was a widow. It's not totally out of the question for a young gold digger to marry an elderly rich doctor. But then again, why have the senior, if you can have the junior?

I just can't seem to find enough information about either of them to know for sure which surgeon fell victim to Mary Carleton dubbed "The German Princess".

This is all I have been able to find about the two of them:


Day, Thomas sen. (d.1663)
Surgeon of Dover
Diocesan Licentiate 1610. Signatory 1661, 1662 (Haggis, pp.72, 76; ‘Liber P’ f.146)
Probate granted 1663 (PRC27/15/23)
1633: Laurence Wigmore of Ewell (£35) ‘Item paid to Mr Thomas Day of Dover chirurgion
<or physician> for a iourney by him made to the said deceased in his last sicknes and for
his advise and receites administred to the said deceased’ (CKS PRC2/32/132)
1637: John Spicke of Dover, gentleman (£171) ‘Item to Doctor Beomont Phisicion and Mr
Day and Christopher Belton Chirurgion for phisick and chirurgery for the said deceased’
(CKS PRC19/1/9)
1637: Robert Owen of Charlton nr Dover (£65) ‘Item paid to Mr Thomas Day of Dovor
Chirurgion for plasters and other chirurgicall applicacions for them in the tyme of their
said infeccion’ [Plague] (CKS PRC2/34/251)
1641: John Newman of Dover St Mary (£31) ‘Item to Mr Goulder of Dover phisitian to Mr
Day Chirurgion there and to Mr Partrich Apothecary for their helpes and needfull
necessaries in the time of the said deceaseds last sicknesse’ (CKS PRC19/1/67)

Source:  A Directory of Medical Personnel Qualified and Practising in the Diocese of Canterbury, circa 1560-1730

This is definitely a mystery I would love to see solved.

For more reading on Mary Carleton you can explore the following links:

Leslie Ann
Posted by Leslie Ann at 11:43 PM No comments:

Posted by Leslie Ann at 3:03 PM No comments:

Beverly was my mother's cousin. This clipping was among other ephemera that she had stashed in a shoebox so I can't be sure which newspaper it came from. I am guessing the Idaho State Journal.


Beverly Schofield
(should be Scofield)
Steiger

Leslie Ann
Posted by Leslie Ann at 9:12 PM No comments:

Friday's Faces From the Past ~ Grandma Nancy's sister Elizabeth


Elizabeth Stafford was the sister of my gr-great-grandmother Nancy Stafford. She was married to Titus Taylor.

Recently I was contacted by my 4th cousin who is the 2nd great-granddaughter of Elizabeth and Titus Taylor. She inherited a photo album from her great-grandfather, William Taylor and wouldn't you know it there are some unidentified photos inside.

She sent me a few and I am going to post them in the hopes that someone can help identify the subjects. I imagine the photos are of Taylor or Stafford family members from Arnold, Nottinghamshire.

Posted by Leslie Ann at 5:34 PM No comments:

Email ThisBlogThis!Share to TwitterShare to FacebookShare to Pinterest
Labels: Friday's Faces From the Past, Nottinghamshire, Stafford, Taylor, unidentified photo

Wordless Wednesday ~ Ancestors of the Cloth 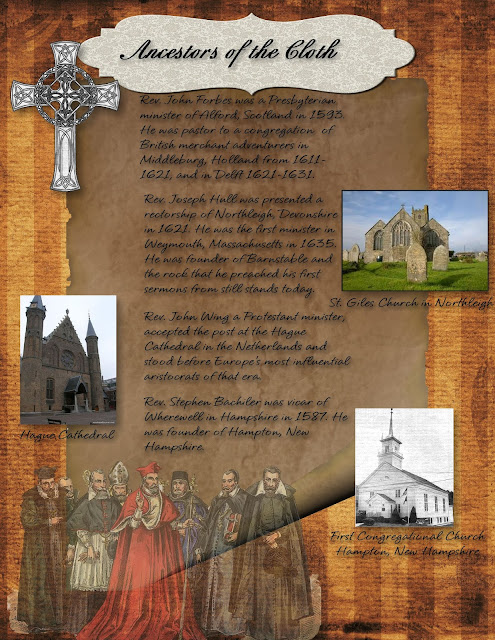 Friday's Faces From the Past ~ Unidentified Photo 7 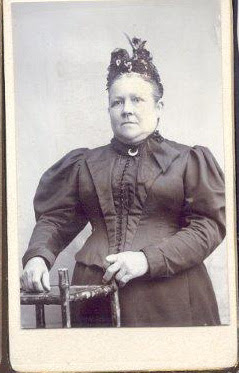 Photo number seven from grandma Nancy's photo album  almost leaves me with a feeling of familiarity. I am thinking she may be a Stafford.

I hope someone out there has a definite feeling of familiarity when they see this photo.

Leslie Ann
Posted by Leslie Ann at 5:29 PM No comments:

Leslie Ann
Posted by Leslie Ann at 9:00 AM 2 comments: